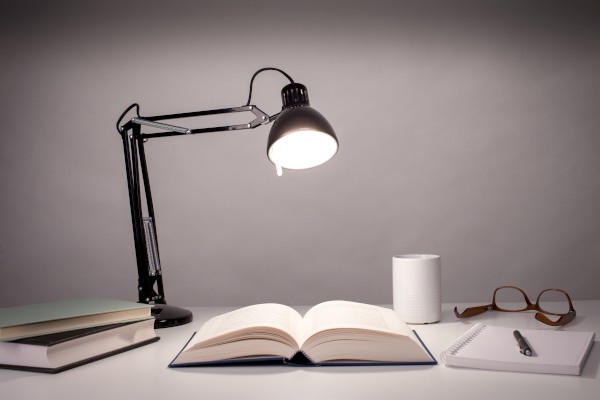 Thank you, President Gu, for that most flattering introduction.

It is a great honour for me to speak at one of China's great academic institutions one that is helping to revive and maintain your country's historic tradition of leading the world in science and technology, and one whose alumni are to be found in positions of leadership throughout the country.

Here, as in so many other places in China, no visitor can help feeling the excitement of a great country developing at breakneck speed, and every day opening up new vistas of knowledge and opportunity to its citizens. You can be really proud of your country and what it has achieved in the last 25 years.

As I look out over the young faces in this audience I cannot help envying the international students more than a thousand, I am told, from over 50 countries who have the privilege of sharing your learning experience here.

It reminds me for a moment of my own student days, when my country, Ghana, was newly independent. We felt we were suddenly reaching out to the world, and making new discoveries every day.

But then I also remember that times of rapid change can bring pain and confusion, even destruction, as well as progress and excitement.

The more rapid and exciting it is, the more change calls for careful management, and wise, humane leadership.

Order and stability have to be preserved, but without choking off the freedom to enquire, and experiment, and express oneself, since as you young researchers know better than anyone knowledge and science have a vital role in national development.

And technical expertise needs to be harnessed to the development and security of society as a whole, so that it not only creates greater wealth for the few, but enables all citizens to feel safer and more prosperous.

The development of such a great country as China cannot happen in isolation. It affects the whole world, and it draws you into new relationships with other parts of the world.

Increasingly, your economy depends on exchanges with other countries both imports and exports, of both goods and capital. Foreign investment plays an essential role in your growth, while your holdings of foreign currencies and your management of your own currency are coming to play a vital part in the international monetary system.

This means that you have a stake in the development and prosperity of the wider world. And your security, too, depends on international peace and stability.

Your government shows that it understands this, by the role that it plays in the United Nations, and elsewhere. And increasingly, Chinese citizens are called on to take risks, and make sacrifices, in the interests of global security. It was impressive to see, in our newspapers the other day, pictures of Chinese policemen in blue helmets preparing to join the United Nations mission in Haiti an island buffeted by both human and meteorological storms, which is literally on the far side of the world from here.

So I am here, in part, to express the world's gratitude. Clearly you in China have understood, as your saying goes, that we all share the same breath. Human misery knows no frontiers, and nor should human solidarity.

Indeed, solidarity was one of the fundamental values solemnly reaffirmed, four years ago, by the political leaders from all over the world who met at United Nations Headquarters, and issued the Millennium Declaration.

They declared that global challenges must be managed in a way that distributes the costs and burdens fairly…Those who suffer or who benefit least deserve help from those who benefit most.

They promised to spare no effort to free more than one billion of their fellow men, women and children from extreme poverty, and to make the right to development a reality for all.

And they set themselves precise benchmarks by which their success in keeping these promises could be measured, in the year 2015.

Those benchmarks have come to be known as the Millennium Development Goals, or MDGs. First among them is the pledge to reduce by half the proportion of people in the world living on an income of less than one dollar a day. Others include the pledge to halt, and begin to reverse, the spread of HIV/AIDS; and the pledge to integrate the principles of sustainable development into every country's policies and programmes, so that our children and grandchildren will not face the threat of living on a planet irredeemably spoilt by human activities, or whose resources are not sufficient for their needs.

Will the world reach these goals by 2015? It depends, in great part, on China.

Your population is so large, and your economy is growing so rapidly, that your impact on all global statistics is enormous. It is theoretically possible that we might succeed in halving the proportion of very poor people in the world by 2015, simply because China had succeeded in lifting almost all its people out of that category, even if most countries in Africa still had the same proportion.

Conversely, many countries might, by 2015, have made great strides in combating HIV/AIDS, or adopting sustainable models of development. But if China had failed to do those things, there would still be terrible consequences for humanity.

However, that need not be the path taken, either in this country or in the rest of the world. Both for your national interests and in the interest of the world as a whole, you have a great responsibility to look after your people, and your natural environment.

But your responsibility does not end there.

The eighth and last Millennium Development Goal is a global partnership for development. This means that developing countries must not be left to develop on their own. They need the help of the richer and more powerful countries through the removal of unfair trade barriers and subsidised competition; through the elimination of the debts which oblige so many poor countries to spend more on repaying and servicing their creditors than they can on the social needs of their own people; and through more generous official development aid which the rich countries have repeatedly promised to provide.

In practical terms, global partnership means that every country where there is extreme poverty is entitled to expect help in forging and pursuing a national strategy to achieve the MDGs by 2015. For the poorest countries, most of which are in Africa, this will be of decisive importance. Without it, they will not reach the Goals. With it, they are in with a real chance.

That places a big responsibility on the rich countries and it is one that China shares. I know you are used to thinking of your country as a developing one, and so it is probably the fastest developing country the world has ever seen. But the more successfully it develops, the more it too will be expected to show solidarity with smaller and poorer countries that still need a helping hand.

By the same token, as China's geopolitical weight grows, so does its share of responsibility for world security.

As well as global solidarity, the Millennium Declaration expressed a shared vision of collective security, rooted in the United Nations Charter.

Yet the events of the past two years have called that consensus in question.

Some have doubted whether Article 51 of the Charter, which reaffirms the inherent right of self-defence if an armed attack occurs against a Member of the United Nations, until the Security Council has taken measures necessary to maintain international peace and security, is still sufficient in an age when an armed attack may come without warning, from a clandestine terrorist group, perhaps armed with weapons of mass destruction.

They have argued that force must sometimes be used preventively, and that they must be free to decide when their national security requires it.

Others have replied that that doctrine is in itself a grave threat to international peace and security since it might imply that any state has the right to use force whenever it sees fit, without regard to other states' concerns. And that is precisely the state of affairs which the United Nations was created to save humanity from.

Indeed, the first purpose of the United Nations, laid down in Article 1 of the Charter, is to take effective collective measures for the prevention and removal of threats to the peace.

We must show that the United Nations is capable of fulfilling that purpose, so that States do not feel obliged or entitled to take the law into their own hands.

That is why, last year, I asked a small panel of distinguished men and women to make recommendations on ways of dealing with threats and challenges to peace and security in the twenty-first century. I am delighted that a very wise Chinese statesman, Mr. Qian Qichen, agreed to join that panel, whose report should be ready in a few weeks' time.

I hope that its recommendations will help us to rebuild and improve our global security system, so that in future no state feels it has to face global threats on its own, and all can feel confident that others will respect the rules.

In short, my friends, there is much to be done to make the world safe in this new century, and to give all its inhabitants a real chance of living prosperous and fulfilling lives. Many bold decisions need to be taken, and taken soon.

I hope that some of the most important may be taken in September next year, when world leaders will again assemble at the United Nations to review the progress made, or not made, since the Millennium Declaration. This will be the world's best chance for a breakthrough to address the joint global challenges of development and security. Yet the task will be much tougher than five years ag instead of setting goals, this time leaders must agree on concrete decisions to achieve them.

For 191 nations to agree on a common path forward, many debates will be needed over the coming year, both within countries and among them. Governments will have to work together and reach compromises, sometimes involving the sacrifice of cherished national goals or interests. And they can do so only if their peoples understand what is at stake, and firmly support it

China, with its remarkable experience in development and expertise in security, can make a leading contribution to this vital global breakthrough.

That is why I am so glad to be in Beijing today, and to have the chance to speak not only to your government but also to you here, in one of China's great centres of innovation and creative thought. You young educated people have so much to contribute to development, and to meeting the global challenges that I have spoken about safeguarding world peace and security, developing friendly relations among peoples of different faith or culture, and achieving the Millennium Development Goals.

You already have a well-developed network of solidarity between richer and poorer regions within China, and I know many of you will be serving in poor areas, after you graduate. I hope some of you will think also about serving in other parts of the world, where your skills may be even more desperately needed.

I urge you all and your contemporaries throughout China to commit yourselves to finding answers to our century's great challenges of poverty, disease, and environmental degradation. I say to you, as I have said to students in the United States, and many other countries, go out and make the world better!

But I have spoken long enough. Now it's your turn. If you have questions, I will try to answer them. But I hope you may also have comments, so that I can learn from you.

Thank you very much.